Johnny Clegg, centre, on stage with his band Juluka and the former South African president Nelson Mandela in Frankfurt in 1999. One of Clegg’s best-known songs, Asimbonanga, was a tribute to Mandela. Photograph: Oliver Berg/EPA

Johnny Clegg, who has died of cancer aged 66, was a white singer-songwriter who became a national hero in South Africa by using music to defy the apartheid-era segregation laws. He challenged the authorities by forming mixed-race bands, performing to both black and white audiences, and mixing Zulu influences into songs that brought him international success. Known as the “white Zulu” or umlungu omnyama (“the black white person”), he spoke fluent Zulu and was an energetic and skilful exponent of Zulu dance.

He was best known for the poignant, stirring 1987 anthem Asimbonanga (We have not seen him), a tribute to Nelson Mandela, who was then still in jail, and to other key figures of the anti-apartheid struggle. Twelve years later, soon after he stepped down as president, Mandela joined Clegg on stage in Frankfurt as he was performing the song, in one of the most emotional scenes in political pop history.

Clegg enjoyed a lengthy, successful and highly unusual career. He was born in Bacup, Lancashire, to an English father, Dennis Clegg, and a Rhodesian mother, Muriel, a jazz singer from a Lithuanian Jewish family. They divorced while Johnny was still an infant and his mother moved to Rhodesia, Israel and Zambia before settling in South Africa. Muriel married Dan Pienaar, a journalist, and though the marriage ended when Johnny was 12, his stepfather had by then already taken him to meet migrant Zulu workers in segregated black townships rarely visited by white people.

He became fascinated by Zulu culture, and while still a teenager he dared to break South Africa’s race laws by continuing to meet black workers to study their guitar and dance styles. He began working as a university lecturer and studied anthropology at the universities of Witwatersrand and Natal, but his real enthusiasm was for the multiracial band Juluka (Zulu for sweat) that he formed in 1969 with Sipho Mchunu, a migrant worker and gardener who was impressed with his expertise. They aimed to break down barriers, mixing Zulu styles (and Clegg’s Zulu dance) with Celtic folk influences and rock, and their very existence was a challenge to apartheid.

Clegg told me that the South African government had argued that the races had to be apart “because we’re biologically different, with different genes and cultures”, so he hit back with “incontrovertible, cast-iron evidence for the opposite”. Inevitably, members of his band were detained, stopped and searched, and on one occasion police officers came on stage with shotguns and emptied the hall.

But Juluka succeeded, helped by their powerful Afro-pop songs that were of course banned from the state radio. They included Impi, which dealt with the Zulu victory over the British at the battle of Isandlwana, and Scatterlings of Africa, a Top 50 hit in the UK. In 1983 Juluka toured in the UK but faced new problems – the Musicians’ Union accused this multiracial anti-apartheid band of breaking the UN cultural boycott that banned the movement of bands between South Africa and the UK. Clegg was told he would expelled from the union if he returned to work in South Africa, and that all their earnings from the British tour had to be given to the Anti-Apartheid Movement. He replied that it seemed that the union would be happier if the group disbanded and its members became political refugees.

Juluka did disband in 1985, because Mchunu was fed up with touring and wanted to concentrate on cattle farming. Clegg now started a new band Savuka (“we have risen”) with the singer and dancer Dudu Zulu. It featured synthesisers and set out to “mix African music with international rock sounds”. This was a time of increasing repression and confrontation in South Africa, which was reflected in Savuka’s more directly political songs, which Clegg would discuss on stage.

Police raided a radio station that dared to play Asimbonanga, which became an anti-apartheid anthem and helped Clegg to become an international star. The song was covered by Joan Baez, and became a massive hit across continental Europe, especially in France, where Clegg and Savuka became a major commercial success, outselling even Michael Jackson in the late 1980s.

The UK was a different matter. Clegg had the support of anti-apartheid groups, including the banned ANC (who told me at the time that they regarded him as “progressive”), but when he brought Savuka to the UK he again faced hostility from the Musicians’ Union. It was unsuccessful in trying to halt Savuka’s tour, but because he had been expelled from the union it stopped Clegg and his band appearing at the Nelson Mandela 70th Birthday Tribute staged at Wembley stadium (with a worldwide TV audience of hundreds of millions) in June 1988. The show’s producer, Tony Hollingsworth, told me: “If it weren’t for the union, he’d have been on.” 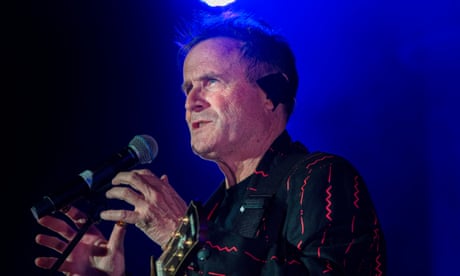 Once Mandela was free, the cultural boycott no longer existed, so Clegg was able to play at a second massive Wembley event, the International Tribute for a Free South Africa in 1990, at which Mandela made his first speech in the UK following his release.

In the post-apartheid era, Clegg kept touring and recording. Savuka broke up after being nominated for a world music Grammy for their 1993 album Heat, Dust and Dreams, recorded in memory of Dudu Zulu, killed while trying to mediate in a dispute. After a brief reunion with Juluka, Clegg now concentrated on solo projects. He appeared at Mandela’s Aids awareness concerts and made regular return visits to the UK. He never achieved the fame in Britain that he enjoyed in Europe or South Africa, but his concerts were always packed, mostly with white South Africans.

In 2015 he was diagnosed with pancreatic cancer and two years later, when the disease was in remission, he set off on an extensive tour that included shows in Europe (with two nights in London), the US and South Africa. The concerts featured songs from throughout his career, and the band included his son Jesse, a successful musician in South Africa.

In France he was made a Chevalier of Arts and Letters in 1991, and in 2012 President Jacob Zuma presented him with the Order of Ikhamanga, the highest honour a civilian can receive in South Africa. In 2015 he was made an OBE.

He is survived by his second wife, Jenny (nee Bartlett), whom he married in 1989, and their two sons, Jesse and Jaron. His first marriage, to Jean, ended in divorce.